In 1869 David Cameron had purchased a hundred acre farm, the north half of lot 20, concession 7, Flos. On the northwest corner of this property an interment was made in 1890, that of Jane Goulding, wife of Edward Lee. Isaac Morris was one of several persons drowned while returning from Collingwood to Van Vlack during a severe Georgian Bay storm in September 1893. He was buried in this corner of Cameron’s farm, even then referred to as “Knox Burying Ground.” Hearsay claims that others drowned at the same time were also buried in this location.

It had been customary for deceased members and adherents of Knox congregation to be buried at Elmvale of Hillsdale cemeteries. In 1896 Church Trustees Anderson, Hunter, and Cotton purchased for $14 the north-west acre of Mr. Cameron’s farm. This became officially “Knox Burying Ground,” but was, and still is, referred to as “Cameron Cemetery.”

For the first while, the Knox Treasurer looked after cemetery matters, then these duties fell the Board of Managers. Later, a Cemetery Committee consisting George Minty, Donald Robertson and Calder Hunter assumed the responsibility. Today the cemetery is maintained by the congregation of Knox Flos Presbyterian Church.

In 1972 an agreement was reached with the Ontario Department of Consumer and Corporate Affairs, whereby no more plots would be sold in Cameron Cemetery; vacant plots already owned could be used. 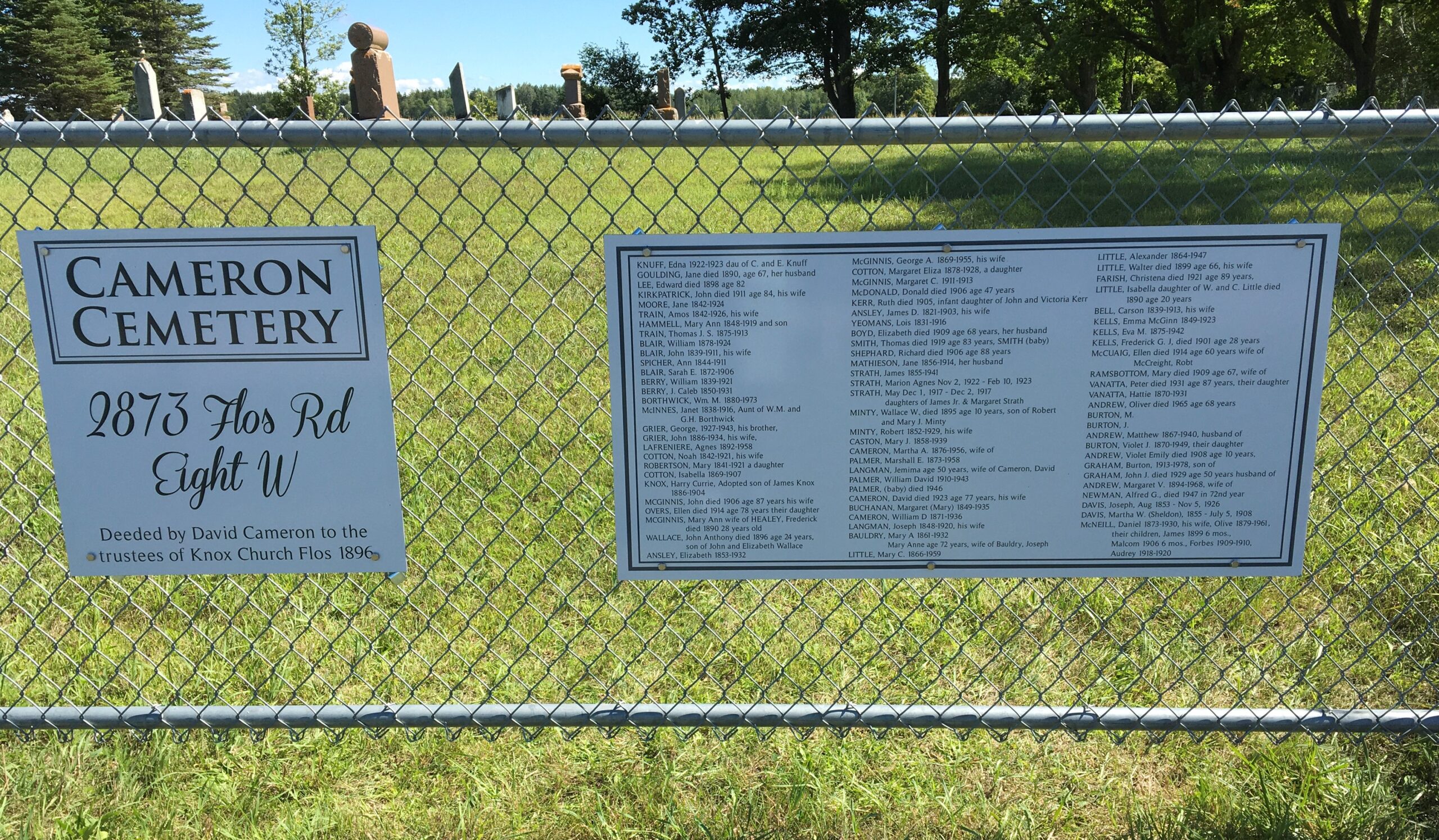